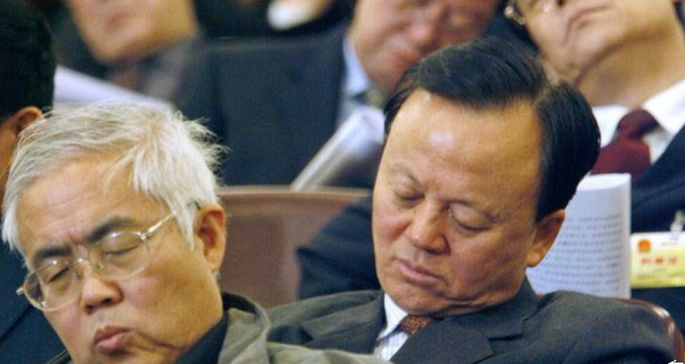 PowerPoint is dead.
PowerPoint is really dead. It is being beaten to death by people who misuse it on a massive scale; it is a giant dirty security blanket for presenters across the globe.

So YES! PowerPoint is Oh So Dead!
I followed an excellent training by Ib Ravn on ‘Learning meetings and Conferences‘. Hello Ib! You are so right! Wake up people! A meeting should create ‘co flourishing’ between all participants. Presentations should be concise, allow for ‘active digestion’, lead to self-expression and sharing of knowledge. The cherry on the cake (and the real reason many people participate) is that presentations can help networking. So have a facilitator on board in meetings and congresses and make the meeting a happening all will remember!

Yet, bad PowerPoint rules! 300 Million people use PowerPoint in the world. 30 Million PowerPoint presentations are given every day. At least half are no good! Millions fly all around the globe to participate in one-way, boring PowerPoint presentations. Attendees are still treated like cows watching trains passing by. They are rendered passive, group work is unfocused and expert panels are only allowed to deliver ‘more talk from a podium’. Come to the Point, speaker, Generate Power. What did you learn? How did it move you? How will you change? The answer often is … “Wellaaaaaaah Iyaaaaaaaah…”

The best speakers simply do that. They speak. Focus is on them, they share ideas and implicate audiences. They move, they deal in passion. They do not need PowerPoint, because they are the power. They look their audience in the eye. One on one, even with 1000 in an auditorium. PowerPoint can be a good tool, when used to support this attitude and style. When it is clear and direct, when it allows the speaker to be even stronger. Philosophy is boring? Think again!

Interact and bring the Power back to PowerPoint
Brows around on Slideshare and see what you like… Like Alexei Kapterev, explaining what good PowerPoint presentations are. And think on how to interact with your audience. And why not, give us a call and let’s bring your Powerpoint alive together! Then we can say in chorus, “long live PowerPoint!

No More Lost in Translation

Being well organized and having smart tools is one thing. True class in communications is combining expertise with the will to be committed and honest.
Do what you say and say what you do. And be big about it. Noble, responsible. Dedicated.